This is the only Padgett Message I can find that openly shows the depth of our problem and supports our need for doing our soul-healing - to heal all our sins. 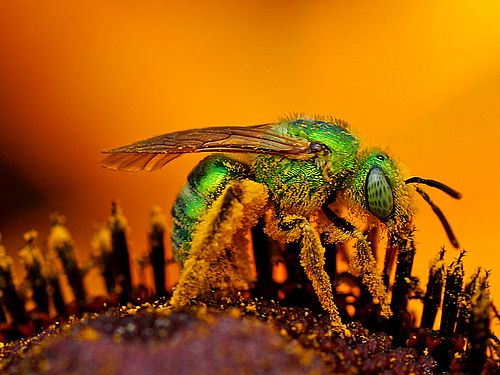 I desire tonight to write for a short time on the text: That the sins of the parents are visited upon the children unto the third and fourth generations.

I know that usually the explanation of the text has been that the material sins or rather the sins which result in material injury or affliction are visited upon the children and to a very great extent this is true. But that explanation is not what was intended by the declaration.

Man is not only a material or physical being, but is more largely a spiritual being, having a soul and spirit which never ceases to exist, and which are just as much a part of him while on earth, as when he becomes a spirit; that is after he has left the vestments of flesh and blood.

These real parts of man are of more importance to him and his real existence than is the physical part, and the sins which man commits are not the results of any primary physical action, but of the operations of the powers which form or have their real seat in the spiritual part of his being.

The physical part of man is not the originator of sin, but merely manifests its effects, and it (sin) almost always manifests itself on and in the physical body, and leaves its scars apparent to the consciousness of men upon such body; and hence, as man is able in his ordinary condition to perceive the effects more plainly on this body, he thinks that the meaning of the text must refer to the sins that affect and are shown upon his body, and at the same time ignores or is not sensible of the fact, that the great effect or injury of sin is upon and to the spiritual part of man.

It may be asked, in what way can the effect of sin upon a man, that is upon his soul and spirit, have any injurious effect upon the spirit and soul of his child, so that the child may suffer from the sin of the parent.

The spirit part of the child is more susceptible to the influence and evil effects of these sins than is really its physical body, for as I have said, the spirit part is the originator and breeder of the sins, if I may so express it, while the body is merely the recipient of the exercise of the sins and the objects of their manifestation.

The influence of spirit upon spirit is more extensive and certain than mortals can possibly conceive of, and the results of that influence are not so apparent or known to the consciousness of the succeeding children, or to the respective parents, as men suppose, and as a fact they do not understand or become conscious of the fact that such influence is operating upon the spiritual parts of their children. They see and realize that the effects of such sins become manifested in the physical body, and as their ordinary natural senses cannot perceive the condition of the spirit, they conclude that the text can only mean, that these sins are visited upon the material bodies of their children.

But I must tell them that, while great and deplorable injury is inflicted on these material bodies, yet greater and more lasting and more grievous - in the way of manifestations - injury is inflicted upon the spiritual nature of the children; not only because this nature continues to live, but because men, not realizing that this nature has been injured, make no attempt to find and apply a remedy as they so often do in the case where these sins manifest themselves in the physical body.

And besides, there are many sins that do not affect the mere material body, but which do great injury to the spiritual nature, and which to the senses of men are never perceptible.

A man is not only the parent of a child's material body but in a secondary way is also the parent of its spiritual nature, and the condition of the parent's spiritual nature influences and determines to a large extent the qualities and tendencies of the child's nature for good or evil, not only while it is a mortal but frequently after it has ceased to inhabit the veil of flesh. So let parents know that they do not live to themselves alone as mortals but that their evil thoughts and deeds have a greater or lesser influence upon the spiritual natures of their children, especially at the time of conception and during gestation. Then how important that every parent during these times particularly, and at all times, should have their spiritual natures in that condition of purity and freedom from sin, that their children may be conceived and born in a condition of soul purity, which will not reflect any evil that they can charge their parents with being the creators of.

If men would only realize these facts and live their lives in accordance with the truths which I here declare, how much sooner would the human race be brought into harmony with God's laws and the souls of men be freed from sin and evil.

I know it is often said that it is unjust and not in accordance with the justice of an impartial God that the sins and penalties arising from the disobedience of our first parents, should be visited upon mankind who were and are their progeny, as such mankind had no part in that disobedience. But when it is remembered, and it is a fact, that God did not create sin or evil or impose such upon the first parents for their disobedience, but that they themselves created evil and sin, and men have been creating these inharmonies ever since, it will be seen that an impartial God, who is our only God, is not responsible for either sin or evil and the consequent penalties which they impose. And, as has been written you before, the abolishing of sin and evil and their penalties is in the power of man and his will.

As these first parents created these evils, as I have explained, and in the manner that I have pointed out to you, their sins, by the influence which they have upon the spiritual nature at the time of conception and birth become, as it were, a visitation and that is the spiritual desires and tendencies and inclinations toward that which is evil (sic), and this influence continues with the child for years after its birth, according as the child and parents are closely associated together in their earth lives. And as each succeeding generation caused the visitation of its sinful influence and tendencies upon the succeeding generation, you can readily see how men, all men, became subject to the sins and evils and penalties which were brought into the world by the first parents.

Instead of God being the creator of these things or visiting them upon the children of man, He declares that their existence is contrary to the harmony of His creation and must be eradicated before man can come into that harmony and an at-onement with Him. And as He gave to man the great power of free will, without any restriction upon its exercise, except as a man's understanding of the harmony of the operations of God's laws might influence him to exercise this great power; and as man in the wrong exercise of that power brought into existence these things of evil and sin, so man, as he perceives this plan of God's harmony, must exercise that will in such a way as to free himself from these things which are not part of God's creation, and are out of harmony with His plans for the creation and preservation of a perfect universe, of which man is its highest creation.

God never changes. His laws never change. Only man has changed from the perfection of His creation; and man must change again before that perfection will again be his.

Now from all this it must not be inferred that man is left to his own efforts to bring about this great restoration, for that is not true, because Gods instrumentalities are continuously at work influencing man to turn again to his first estate, and become the perfect man, as he ultimately will become. (I am not here referring to the workings of the great Divine Love which, when a man possesses in a sufficient degree, makes him more than the perfect man.)

So, "the sins of the parents are visited upon the children to the third and fourth generation", means, the tendencies and inclinations toward that which is evil (are created) not by God, but by man himself, solely and exclusively.

And oh man, could you see the results of these sins upon the spiritual natures of your children, as you often see them upon their material bodies, you would hesitate in your sinning and think, and thinking would see the way by which the great blot upon the happiness and salvation of humanity could be removed and its progress to the "perfect man" be hastened and assured.

Well, I have written enough for tonight, and hope that what I have said may be understood and meditated upon by all who may read it. I will not detain you longer, and with my love and the blessings of one who is now not only the perfect man, but a possessor of the Divine Nature of the Father and an inheritor of immortality, say good night.

Your brother in Christ, Luke.

I desire to make some corrections in my message of last night, and will thank you to receive them.

Let this point be made plain so that man may not quibble about the meaning of what I wrote.

Otherwise the message is true and just as I intended it should convey to you the truth of the meaning of the text.

I will not delay you longer tonight, but with my love and blessings say,

I am your brother in Christ,